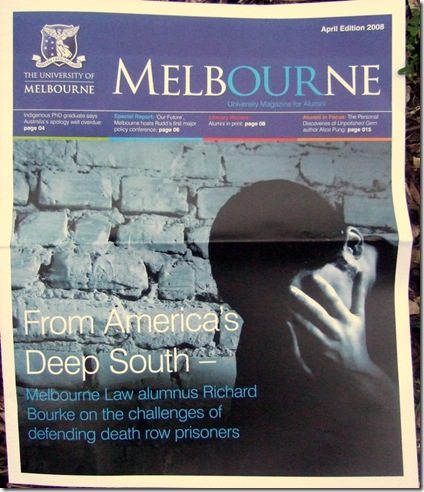 It’s a quintessential example of south-phobia. Putting aside the issue of death penalty and international law, the magazine cover of this establishment university reinforces the image of the South as a realm beyond the law. You can include with this not only films of the South like Deliverance, but also other nightmares of southern violence such as the Godfather (Sicily) and Last King of Scotland (Uganda).

While there is definitely reason to believe that the subjects of these films are genuinely violent, there is still reason to ask why they are the object of such fascination in the law-abiding North.