Australian historian Greg Denning passed away last week. Last month he was an active participant in the conference Aesopic Voices, when he gave a presentation ‘dancing on the beach’. 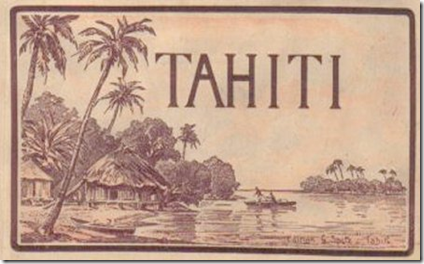 Denning’s book Mr Bligh’s Bad Language describes the beach as a space for cultural exchange, where English and Tahitians could encounter each other on a reciprocal basis:

Living in Tahiti, Peter Heywood had made a discovery of native virtue. His was not a discovery of the Noble Savage or of the Primitive. It was much more simple and less a culturally centre image than that. It was a realisation that their hospitality and generosity were genuine, that he could not find the limits of them, that the greatest gift he could give them in return was to let them make him like themselves — to endure the pain of the tattoos, to speak their language, to know the subtleties of their thinking. It was a beachcomber’s discovery that there was more joy in being possessed than possessing. It was a sense of cultural relativism that not many could share from a ship. The beach was the only proper spot for such exchange.
Greg Dening Mr Bligh’s Bad Language: Passion, Power and Theatre on Bounty Cambridge: Cambridge University Press, 1992, p. 258

The beach as a space seems one of the unique components of the idea of South. It reflects the idyllic nature of the South as a region free of social hierarchies and far removed from the structures that confine the human spirit. Of course, turn this postcard over and you find the other side of the story: the abandonment of northern explorers left marooned on a savage shore.

But this idea of the beach limited to a northern point of view? It is interesting to visit the islands of the Maldives like Kulhudhufushi which have no tourist resorts. Despite surrounded by crystal aqua waters, the beach is completely ignored by native Maldivians. Their focus is only on boats, fishing and the social life on the land. This is a reminder than any idea of South needs to have attached the coordinates of its origin.